Home » Who We Are » Founder’s Journey

Out of desperation comes creation 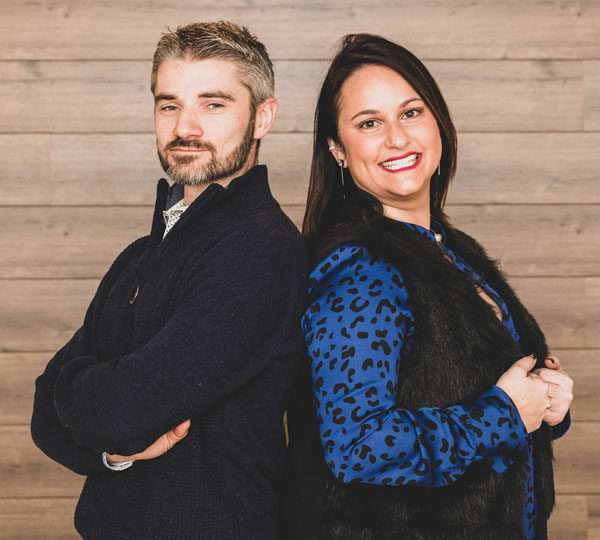 Mike and Gaby have been working in the digital marketing space their entire career.  And for as long as Gaby has known Mike, he’s always been scribbling business ideas in a notebook. Yet despite their complementary expertise, the two never entertained the idea of working together—let alone, starting a business together. In fact, it was the furthest thing on their minds. But things don’t always work out the way you might expect. Sometimes, they work out better than you expect!

In August 2015, the couple unexpectedly welcomed their first child, Lana Rose, at 24-weeks gestation, due to life-threatening preeclampsia that put both Gaby and Lana’s lives in danger. Lana became the second smallest micro-preemie to be born and survive at Children’s Minneapolis, weighing just 11 oz (330 grams)–less than a pound at birth!

Still recovering from the abrupt and traumatic end to her pregnancy via emergency c-section—and now with a critical child in the NICU—Gaby was let go from her job barely a week later. She became a SAHM (Stay-at-Hospital-Mom) overnight for the following six months, and took a 2-year hiatus from her career to care for the couple’s miracle baby. After a grueling 172 days in the NICU, the pair brought their daughter home, but not without additional gadgets. Lana was discharged on continuous oxygen and a feeding tube. Their new reality would present uncertainty, incredible hurdles and trying times while navigating parenthood with medical needs.

Fast forward to Spring 2017.  Lana grew to be a healthy and thriving almost 2 year old. Off oxygen and starting to walk, Lana showed the couple every day the meaning of the word determination. Gaby felt confident in stepping away as a full-time caregiver and was really looking forward to resuming her career. However, the couple knew it would be nearly impossible to find a company that would support her need to work remotely and flexibly, as Lana still had some medical needs and numerous doctor appointments and early intervention therapies.

Around the same time in 2017, the startup Mike was working for was running out of cash. The future of his job was in peril.  Gaby and Mike were exhausted and running out of options. They knew they needed to do something drastically different than what was out there—if they were both going to find personal and professional fulfillment for themselves, and stability for their family.

Out of despair, desperation and crisis, Proofpoint was born.

A couple of hustlers with agency, corporate and startup experience, the pair put their expertise to work in a way that would change their path in life—both personally and professionally—inspired by their journey of becoming preemie parents. They knew they wanted to create a people-first company that prioritized exceptional work; enabled transparency among employees and clients; and fostered flexibility and work-life balance through a remote-working culture.

Our success is possible by the value we place on doing good.

Giving back is central to our beliefs, and is in large part what inspired us to start our business. Every year, we donate a portion of our profits to one or more of these organizations that are very meaningful to our story.

Through our culture and values, we hope to inspire and support our employees and stakeholders to join us in giving back to these or other organizations in ways that are meaningful to them.